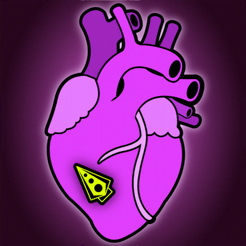 Take control of an exorcist on a mission to cleanse an ancient curse. Your only tool: a ship that fires from the back.


THIS GAME IS CURSED. Install Backfire and your soul will be bound within the machine. Only total victory will release you— until then you will be damned.

Innumerous foes will block your path, ancient demons will stand against you, and death will come, again and again. Only with skill and perseverance can you purify the curse and save yourself. YOU HAVE BEEN WARNED.

-Dozens of ways to upgrade your ship.

-Hoards of monsters to kite and destroy.

-An ancient curse to purify.


“One of the most brilliant things about Backfire is how it’s constantly forcing you to take risks and face danger, and it makes for some exhilarating moments.”

— TouchArcade: Game of the Week


“As much fun as the gameplay is, it’s the little details that kept me coming back for more. From the neon green and purple color palette, to the way enemies slowly pop out from the walls, to the way red pixelated blood covers the screen when you die."

— SuperGameDroid: Backfire Is A Crazy Reverse Shooter Coming Next Month


“BackFire is slick, smart, and it doesn't give a toss about the rules that you think it should be following.”