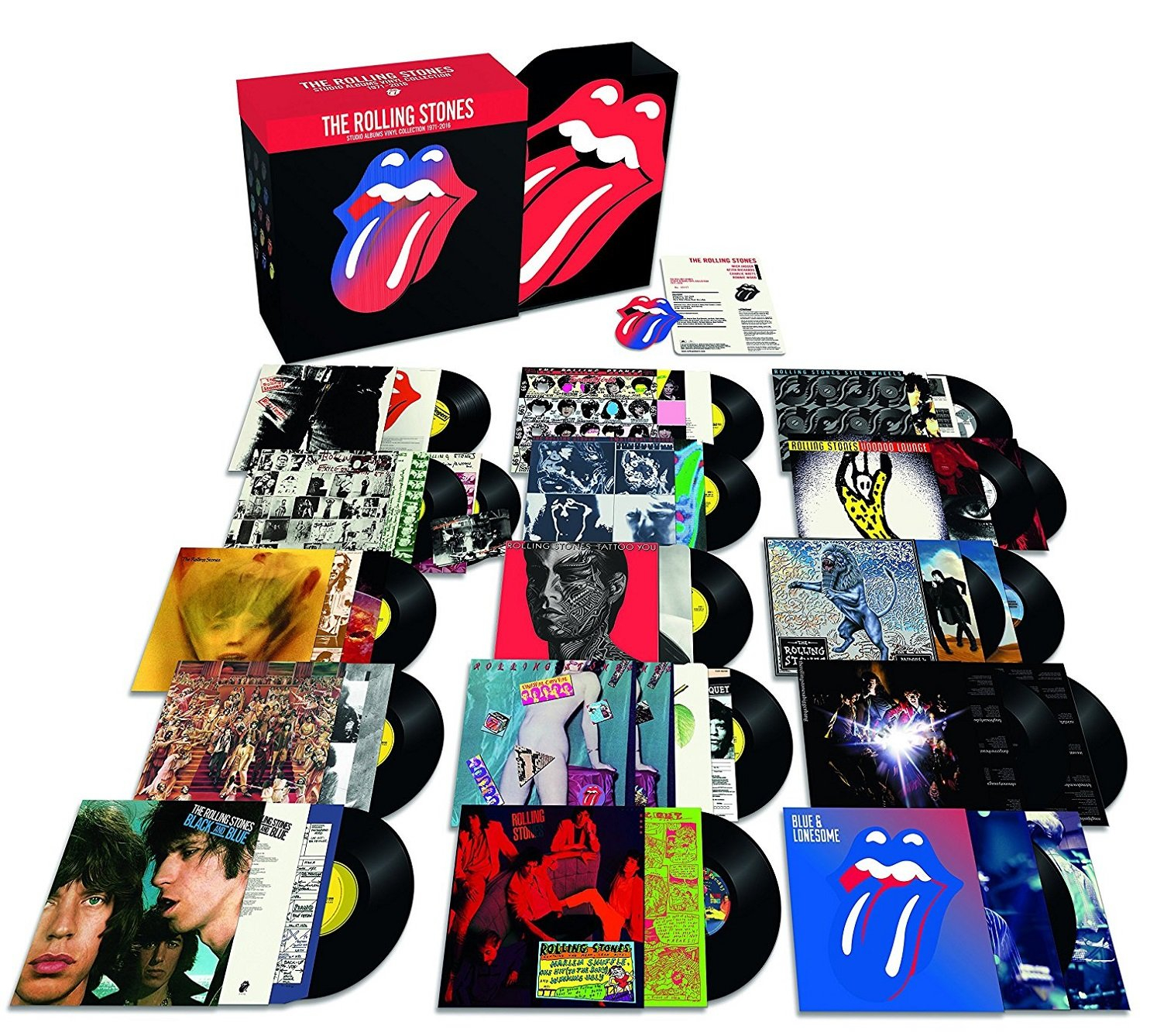 Whenever The Rolling Stones do anything, they do it with quality and gravitas. Having defined rock’n’roll in the 60s, The Rolling Stones entered their imperial phase in 1971 with Sticky Fingers. What followed is a run of albums that couldn’t have happened at any other time, by any other band: the decadent excess of Exile On Main St, the Jamaican voodoo swamp of Goats Head Soup, the disco and punk-infused prowl of Some Girls. With each new decade, the Stones evolved while staying true to their roots, coming full circle in 2016 with Blue & Lonesome, a love letter to their first inspiration: the blues. Today, The Rolling Stones and Universal Music announce ‘The Studio Albums Vinyl Collection 1971-2016’, a brand new limited edition vinyl box set collection, featuring 15 albums across 20 LPs released on 15 June 2018 and available to pre-order here. View the unboxing trailer here.

Every album has been lovingly remastered and cut at revelatory half-speed at Abbey Road Studios, from vinyl specific original tape transfers designed to get the very best possibly sound from the format. Each album is pressed on heavyweight 180-gram black vinyl and includes a download card for HD digital redemption of the catalogue and includes a numbered certificate of authentication.

Cut at half speed, these are among the highest quality vinyl pressings that these classic Rolling Stones albums will have ever received. Half speed mastering and pressed to a very high standard ensures top notch sound quality for the listener.

Special care has been taken to create packaging to the same high standards, with detailed artwork reproduction for each album including ‘Some Girls’, which comes housed in the replica design including 20 cut-outs on the cover, while the sleeve of ‘Sticky Fingers’ is presented as Andy Warhol’s original design, complete with a working zip with a hidden image underneath and ‘Exile On Main Street’ comes with a set of 12 original postcard inserts.

Abbey Road Studios’ engineers have been cutting grooves into discs since the studios first opened in 1931. In 2013, engineer Miles Showell joined their existing mastering team, bringing a wealth of disc-cutting experience with him.

One of the artisan techniques offered by Abbey Road Studios that results in the very highest quality sound reproduction is Half Speed Cutting. This process involves the master source being played back at precisely half its recorded speed while the cutting lathe is similarly turned at half the desired playback speed. This allows the cutting head twice the time to cut the intricate groove, allowing considerably more accuracy with important matters such as frequency extremes and micro-dynamic contrasts. The resulting cuts have excellent high frequency response (treble) and very solid and stable stereo images.